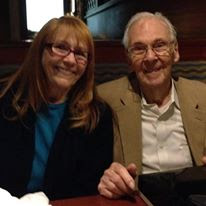 Next month we'll have a small memorial service with all my girls - they can finally travel (they are all "essential"), so I am looking forward to not being alone and getting to see them and my grandchildren.  The isolation demanded by COVID has definitely made dealing with death and illness so very different.
Posted by Farm Quilter at 1:02 PM

Wow. You have really had your hands full. I hope surgery goes well for you and you have a super fast recovery.

Oh, goodness!! You really have been through the wringer, haven't you?! Loss following loss (following loss) and then to get so sick? My heart goes out to you. Hoping your surgery goes well and that help is provided, as needed during your recovery.

It's been a tough six months for everyone, but you've really had a lot on your plate ... I'm so very sorry! I hope you're able to get some relief from the diverticulitis. That's absolutely no fun. Praying for a successful surgery, a complete and speedy recovery, and good times with your girls and grands! :)

I'm so sorry for your losses, Susan. COVID has definitely put a damper on many activities. My estranged sister passed in May and they really didn't have a funeral since she had nothing to do with family, due to her life choices, so I understand what a trying time dealing with death during this pandemic can be. Praying that you have a very successful surgery and recuperation and that you will have someone there to help you when you need it. Unfortunately, it is a bad time since no one can be with you in the hospital - at least not here. Enjoy your time with your daughters and grandchildren. And take really good care of yourself.

Please let us know when you have surgery so prayers can be sent your way! I am sorry for your losses. God is faithful and is with you always!!

Life really isn't fair sometimes. I am sorry you've had to endure so much. I do see such joy in that photo with your father - you have the same smile, and I suspect, the same joy for life. Sending healing prayers for you and safe health for your family so you may enjoy the get-together with your girls. (((HUGS)))!

Hi Susan! {{{{{Hugs}}}}} a bunch for you. Goodness, you deserve a whole bunch more. I knew that you lost your dad, and how hard that was. Gosh, I wish I was there to lend a hand or an ear or to bring over a dish. Take care of yourself. Diverticulitis is nothing to mess around with - but your colon is pretty long. They should be able to remove a hunk without much issue. I'll certainly keep you in my prayers. How nice that your girls will be able to visit and the grandchildren, too. That should help with all of the isolation. Please stay safe. ~smile~ Roseanne

I'm sorry about the other losses that I didn't know about. That is a lot of death to handle alone. I'm glad your girls get to come see you. When is the surgery? I hope all goes well, and stitching together works.

My brother just had a section removed because of cancer. He's 85, and he's decided that's all he's doing. He has the colostomy, but he's not going to have it reversed, even if they've beaten the cancer, not doing the chemo. He said he's lived a long time and it'll be alright either way. I understand how he feels, but I don't know if his children will.

Best wishes on your surgery. You remain on my personal prayer list all the time. I hope you can soon go home and get your own life back.

So much all at once. When it rains it pours... sometimes true. I hope there is much joy waiting for you in the next few months.

So sorry for all your losses. Will keep you in my prayer and hope your surgery goes well and you can feel better.

Hi Susan, I am so sorry for all the people who have passed but especially your Dad, although it was a blessing that he was still mentally fine to the end.

I am sorry about your surgery issues and do hope that the Doctors can sort it out at one go and you will be on the road to recovery.

I am sure it will be wonderful to see your Girls and the Grands even though it will be for your Dad's Memorial.

I feel for you, we just got off 7 months of hell! It seemed like it would never stop! But we are through the worse and on the mend.
Hubby accidentally shot himself in his left hand on NY Eve. Required 2 surgeries at Trauma at BAMC in SA. They did a great job on his hand and then they were concerned about a heart Murmur that Clay had - that was the beginning of his life being saved. Then an EMS run to ER for some light heart notification. That got us great heart doctors and on 1 June a Transcather Aorta Valve Replacement (delayed by you know what). He is doing great.

Last Fall we had Cataract surgery - Of course I had problems - the eyelids were stretched - finally had that done on 10 July - but not without issues. Now things are settling down. But I had an ER Run on 2 July - low potassium.

My cousin had the same surgery - things got better for her, but last July she passed away with Heart Issues. I have never had time to grieve for her. I miss her so. Along with my son and my step son who passed in 2017 and 2015, respectively .

Just know that God is with you and that you will be better when all is done and the thing we have learned is that “Everything happens for a reason” we just do not know that they are mostly blessings.

Before any procedures, I recite the 23rd Psalm which usually calms me down! Will be thinking of you ! Take care and be a good patient!
Hugs

Oh, Susan, my heart goes out to you! All of these events are right up there on the top of the scale. God must trust you A LOT. That's how I view trials. I'll add you to my prayers, that your surgery will go well. Thank heaven that you can finally be with your family. Those are definitely moments to cherish.

Hi Susan, I'm so sorry to hear about all of those trials, as well as dealing with these difficult times also. I really hope that your health will get better. Those doctors can do wonderful things. All the best to you and your family. My thoughts and prayers are with you.

Hi Susan, I am so sorry to hear about your ordeals. I really hope that the surgery will go well and that you will be totally fit after this! Take care of yourself.