The Ball and the Box - Grief Explained

This is a ball in a box. There is a red button. When the red button gets pushed, it hurts. It makes you sad, it brings back all of the grief and sorrow, it brings pain and tears. 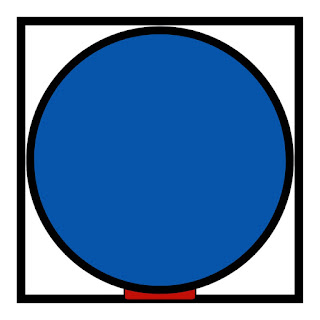 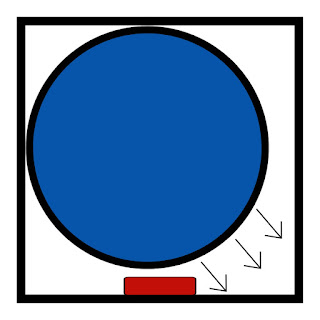 Once the ball becomes smaller, you can go about your day without fear and function day to day until the button gets pushed out of nowhere. It hurts just as bad as when it first got pushed and can bring you to your knees. But now, you have more time to recover in between hits because the ball is smaller and might not hit again for awhile. 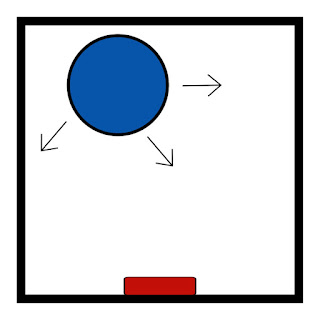 The ball never fully goes away. It fluctuates in size and weight. Sometimes it is smaller, sometimes it is larger. It might be larger around holidays, birthdays or anniversaries.
As I try to prepare myself for the loss of my father, who is 98 and has been on hospice for almost 3 months, I will remember this.  I have been living with and taking care of him in his home for almost 4 years, which is why I haven't been quilting because my longarm is 750 miles away at my home.   After losing my brother when he was 15 in an avalanche skiing, my grandmother 2 years later, followed by my other grandmother, my mother, 3 aunts, 2 uncles, 3 cousins and several dear friends, I know that every death has a different size ball and some are super heavy.  For me, my brother and my best friend's deaths are still the most difficult...maybe because they were young (15 & 26) or because they were totally unexpected...my friend died hang gliding on the same mountain my brother was in the avalanche on.  I know that the out-of-the-blue accidents were a heavy blow, but I'm finding that watching my once vital dad slowly slipping away has been harder on me physically and emotionally.
Kalissa who blogs at The Pink Shoelaces posted this today and said we could share it.  She lost her father in June to cancer and her family is dealing with their own ball in the box.
Posted by Farm Quilter at 6:55 PM 6 comments:

Carole at From My Carolina Home is holding Autumn Jubilee 2019 on her blog starting today!!  So many sponsors are donating items that she is willing to give us a chance at winning!!  No little prizes here...we're talking about prizes valued up to $100!!!

Since I still can't figure out how to do the button thing, there is a hotlink to her blog post in the highlighted name of her blog in the first line of this blog!  If you want a chance to win some awesome prizes, please go to Carole's blog and get your name in the hat, er, rafflecopter!!!

EDIT:  My friend Susan, who blogs at https://desertskyquilts.wordpress.com/, put the hotlink button on the sidebar of my blog for me!!  Thank you, Susan!!!
Posted by Farm Quilter at 7:10 PM 3 comments: